On this special episode we go all grim dark as we look at the Warhammer comic universe. We have Dan Abnett on to talk about the work he has done within the Games Workshop Warhammer universe (hear how the company started when we chatted to co-creator Ian Livingstone back in 2017). Dan who started out working on 2000AD creating strips including Sinister Dexter and Kingdom as well as creating the line up of Guardians of the Galaxy as we know it now for Marvel, wrote many strips for the Warhammer Monthly Comic and continues to write novels based around the Warhammer 40k universe. Dan talks about his early work, his comics career and his work he’s done for the Warhammer brand over the years.

We also have Richard Sheaf on who is the creator of Boys Adventure Comics blog. Richard comes on to talk about the Warhammer Monthly Comic which ran from 1998 to 2004 and featured stories from all sides of the Warhammer universe from a wide range of creators.

We also have an extra episode this month, episode 77 and a half with Mike and Pete continuing their comic genre World Cup with group D, part 2. This is the final stage segment and will go on to the quarter finals next episode. 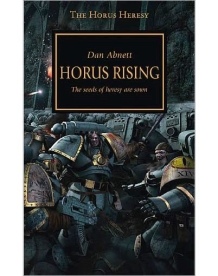 One thought on “Episode 77- Warhammer Special with Dan Abnett”