A slightly different episode this week as we all take an episode off. We have a recording from panel Meet The Mighty One: A Celebration of 2000AD recorded at this years LICAF. It features Steve MacManus, Sean Phillips, Duncan Fegredo and Pete Doherty talking about their time at 2000AD. It was hosted by John McShane.

We do however give a quick review of Thor Raganrok and talk about the Myraid 2017 First Graphic Novel Competition.

Subscribe to get the podcast on any podcast app a day early and please leave a review to make us smile.

In this episode Ian and Nikki talk about their experiences at the awesome Lakes International Comic Art Festival 2017. We look at each of our days and the talks we went too as well as the evenings entertainment. We also managed to get loads of short interviews on the day so in this episode you will hear:

Part one of the interviews: Richard Skipworth of the Cartoonist’s Club of Great Britian, Chris Thompson from Titan Comics, Cinebook, Yoms from Clockwork Watch, Duncan Fregredo, The Etherington Brothers and Jean Paul of The London Horro Comic.

We also announce the winner of the #BeerShaman beer mat competition which loads of people got involved with. See some of the examples below. Pete talks to his daughter Daisy who was also at the festival about their weekend behind the table and Mike also rambles about his time at the festival.
Subscribe to get the podcast a day early and leave a review to make us smile.

Some of the #BeerShaman Entries. 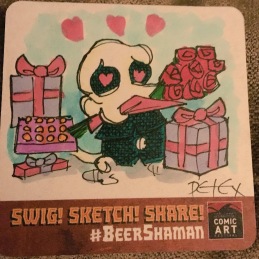 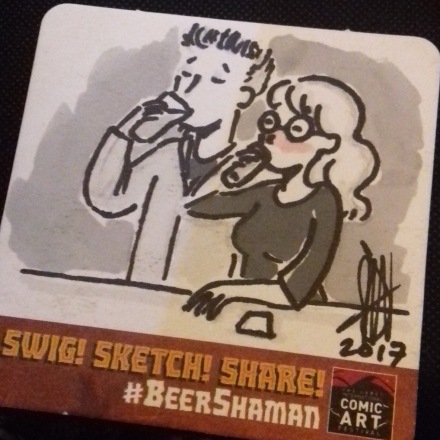 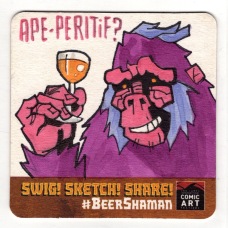 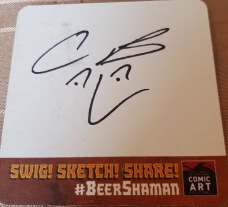 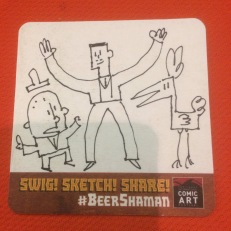 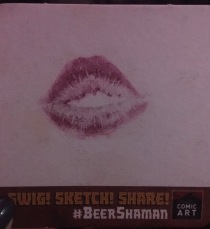