Comics discussed this episode include The Book of Forks by Rob Davis, Kingdom by John McKnought, Underwater Welder by Jeff Lemire, Blossoms in Autumn by Zidrou and Aimee de Jongh, Plan A/ Plan B by John Tucker, Haru Part One by Joe Latham, Cree by Una, Project Hoax by Samuel G London and Dan Butcher, The Boy, The Mole, The Fox and The Horse by Charlie Mackesy, Its There! by Ridyadh Rateme, 32 Kills by Clift, Garley, Ashworth, Stock and Robertson, The Seven Sagas of Silverbeard by Pete Taylor and Mark Hughes and The Tomb of the White Horse by Mondrick, Filby, Atlansky and Saam.

We went Thought Bubble in Harrogate this year and in this episode we have a chat about the event, our thoughts and feelings and what we enjoyed. Mike talks about the most important aspect of his weekend at the Lakes, what books he came away with. He reviews Kugali Anthology 1 RAKI Edition, Frankenstein Texas and DIE Vol 1: Fantasy Heartbreaker plus others.

Pete has a chat with Russel Mark Olsen on the year that was including discussions on events, discovered comics and creators and changes to Russell’s work process over the last year. Tom is on and reviews Death Inc Book 3 by Charles H Raymond. 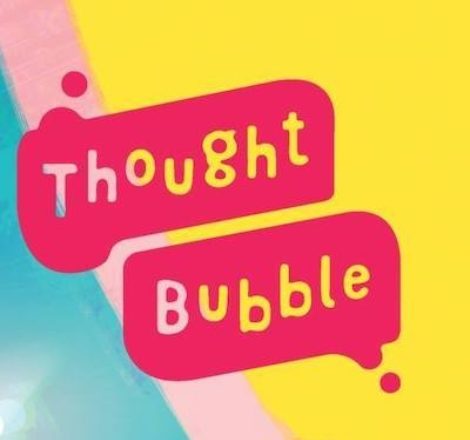