One of the creators of Ben 10 and the writer of the magnificent I Kill Giants, Joe Kelly is the guest on this episode of the show. Joe will be at the Lakes International Comic Art Festival this year and we got him on to talk about his career, where it began and how he found spending 3 years on Deadpool and 5 years on Superman. We discuss the creation of Ben 10 and how he found it was to write a script from the comic I Kill Giants for the movie adaptation. Also discussed is the Trace of a Great War anthology which will be out in October at the festival. He is creating a story with the I Kill Giants artists Ken Niimura.

We review A New Jerusalem by Benjamin Dickson and Gallant and Amos issue one by Rob Barnes. Pete has an interview with creator Russell Mark Olsen on his favourite creators and what he’s working on. This is Pete’s first interview like this and the sounds a little off but its well worth listening too so please ignore any sound issues. He hopes to do more of these in future episodes. Mike discusses comics and modern warfare and looks at the comics available that cover this.

Finally we look at the exhibitions that will be on at this years festival in Kendal. Tickets are flying to grab your passes as soon as possible. 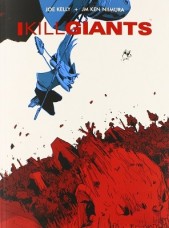 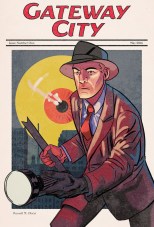 On episode 33 we have the creator of Nikolai Dante Robbie Morrison on the show. He discusses his work at 2000AD starting with the Dredd Megazine and the creation of Dante and then onto his own projects including White Death and Drowntown. He also looks at the work he’s doing on the Traces of a Great War anthology with Charlie Adlard which is out in October.

We review Tumult by John Harris Dunning and Michael Kennedy. This book published by SelfMadeHero is a psychological thriller that will grip you page by page. We also talk about the comedy writing course Ian took part in which was part funded by the Lakes Comic Art Festival. The course was run by Jane Postlethwaite and has made Ian funny… its official.. no really he is…. (he wrote this). We also discuss the events being held on the evenings of this years festival. Download the 2018 festival program here.

Mike reviews the zombie comic book Empire of the Dead by George A Romero and Pete looks at the life of Steve Dikto who sadly passed away recently. Finally we finish with the latest song by Sean Moore called Kiss Me Twice which Ian and Nikki are in the video of. Buy the track here and check out the video below. 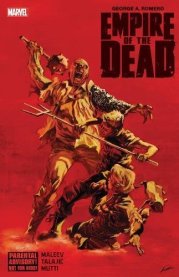